Lead Custodian Named GCS Employee of the Month
Kelvin Moses helped prepare Jesse Wharton for Claxton students
Cleaning and maintaining a building with more than 600 students is enough of a challenge on its own. But if you need to find space for four additional grade levels from a nearby school, it could have been a disaster. Instead, it became the impetus for Kelvin Moses to become the October GCS Employee of the Month.
Moses, the lead custodian at Jesse Wharton Elementary, helped modify and convert space to accommodate students and staff from Claxton Elementary, which is being rebuilt. And now, a month into the school year, the building shines, and the two schools have blended seamlessly under one roof.
Moses, who has worked at Jesse Wharton Elementary since 2005, was nominated by his principal, Merrie Conaway, who wrote, “Mr. Moses demonstrated optimistic leadership in a very challenging situation. Without his leadership, there is no way that both schools could have been physically ready to receive students by the first day of school. His dedication continues to be paramount now that our building has increased from 630 students
and staff to 1,000+. He leads the team in making sure that the building is clean, has necessary supplies, and that all maintenance needs are addressed.”
Moses received a $50 gift card?courtesy of the Greensboro Jaycees. During the month of?October,?his photo will hang at the district’s central offices, at Jesse Wharton Elementary?and at the?Greensboro Jaycees office. 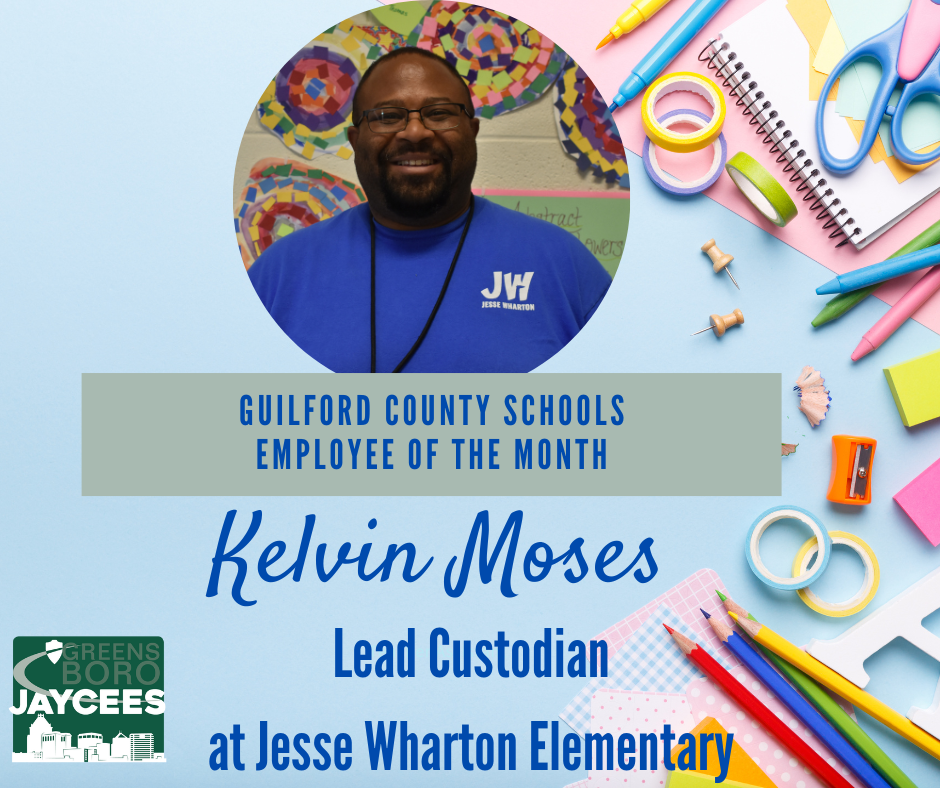